How is a decontamination of amalgam in the pipe system made?

Decontamination of pipes, water locks and floor drains at the practice are made by high pressure washing. The decontamination method will ensure that no contaminated water reaches the public sewers. Sludge from decontamination will be handled and transported as hazardous waste. Used mercury is stored in an approved underground storage facility. Sweden Recycling has mobile flushing equipments so pipes in dental clinics several floors up in a building can be reached. All decontaminated pipes is marked with adhesive labels including information about date of the decontamination and who it was performed by. A decontamination is usually made during 3-4 hours. The treatment of patients can start directly after the decontamination is ended.

Video inspection equipment will be tested and evaluated as filming is the best tool for getting a clear picture of the inside of the pipes. By carefully examining the films, decontamination methods can be evaluated and improved. Video inspection is carried out both prior to the commencement of decontamination and after completion. For dry systems this means from all
dental chairs and downstream. For wet systems, the suction pipe is filmed both from the dental chairs and downstream, as well as from the suction room and upstream.

Video inspection in premises where 142 grams of mercury was collected.

Video inspection in premises where 1688 grams of mercury was collected

Testing of mercury-binding chemicals
This sub-project includes testing chemical treatment of pipe systems to reduce mercury leakage from newly-treated surfaces that have been contaminated with metallic mercury. The chemicals bind metallic mercury so that it will not dissolve in water. Mercury content before and after treatment will be evaluated in order to determine the effectiveness of the chemicals. The proposed chemicals have no negative environmental impact. They rapidly degrade into harmless substances so that the original chemicals will not reach the general sewage network.

Collected mercury
68 dental clinics have been decontaminated within the framework of the project. The collected quantity of elemental mercury varies thus far from 3 to 2 300 grams. So far, a total of 20,2 kilograms of mercury has been collected in the decontaminations carried out. 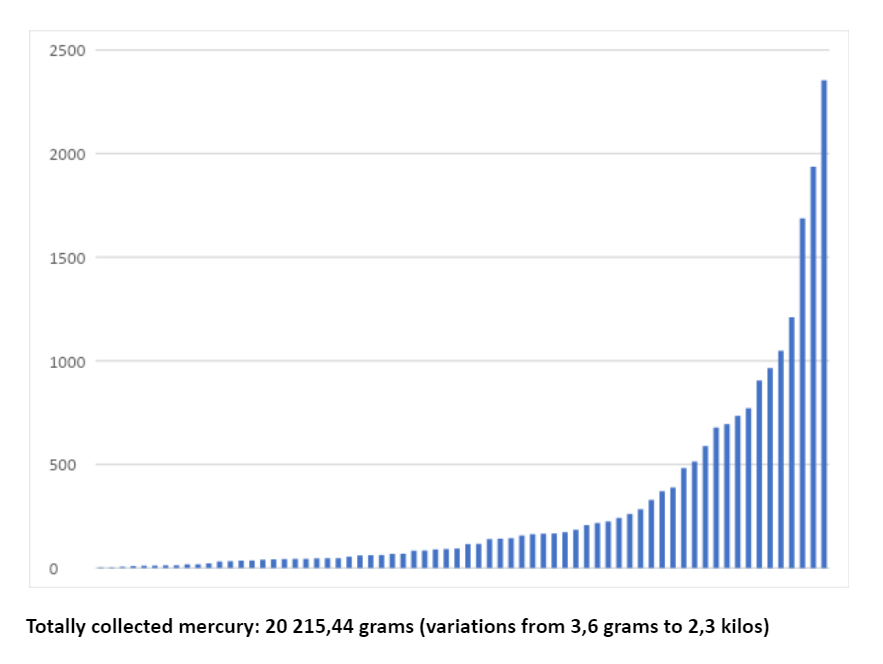 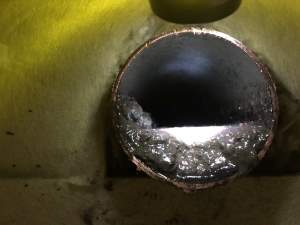 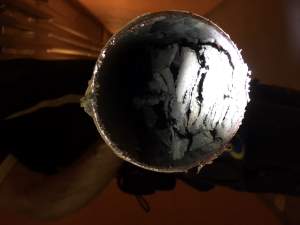 Examples of pipes prior to decontamination.

Mercury is one of the most serious environmental toxins and even though amalgam was banned in 2009, most dental clinics still emit mercury.